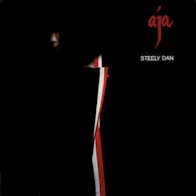 I was a freshmen in college when this album came out (note the term album - showing my age here).  My roommate bought the album first and we played it time after time after time on his little stereo system.  I can remember staring at the cover and just being mesmerized by its mysterious simplicity.  After a couple of beers it was simply mesmerizing.

Ironically Alabama is playing Kentucky as I type this (17 - 3 start of the third quarter).  This will be one of the albums played at my wake.
Posted by BADCATRECORDS at 6:04 PM