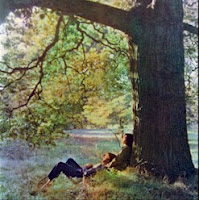 In contrast to the pastoral cover photo which captured John Lennon and Yoko Ono lazing about in New York's Central Park, his first post-Beatles LP is a pretty challenging listening experience.  Later known as an actor, Dan Richter, then working as an assistant to Lennon and Ono, took the photo with a throw-away instamatic camera.   And I guess that's what makes it so appealing to me - the photo is gorgeous and you'd never know it captured two of the most famous people on the planet ...
Posted by BADCATRECORDS at 6:00 PM No comments:

Artist: Hotgun
Album: Hotgun
Label: Guinness
Catalog: GNS 36014
Year: 1977
Designer: not listed
Artist: not listed
Grade: **** stars
Most releases on the Guinness tax scam label didn't carry design credits (or even performance credits) and this 1977 release is no exception.  So first let me say I'm not some kind of gun nut.  I don't have a gigantic collection in my home, nor do I worship at the feet of the NRA. In fact, as the parent of two young sons, the subject matter is a bit troubling.  That said, the cover has a distinctive '70s feel that's always reminded me of something Ray Lichtenstein might have done which gives it a certain "wow" factor.  Guinness certainly didn't spend a lot of money on the cover art and in many respects the artwork is better than the music.

Posted by BADCATRECORDS at 7:36 AM No comments: 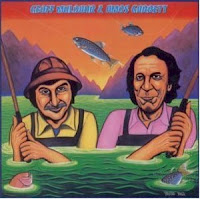 
Posted by BADCATRECORDS at 6:40 PM No comments: